The A4U is an independent legal entity with a transparent, flexible and participative organizational structure. It has a Board of Directors and a General Assembly, which hold ordinary meetings at least once a year.

The General Assembly includes the members of the Board of Directors as well as representatives of the other A4U partners. The Alliance’s various working groups report to the General Assembly on their work and the status of their projects.

In 2018, UAB assumed the presidency of the A4U. Currently, the members of the Board of Directors are as follows.

Dr. Garesse was vice president of the committee of human resources of the Spanish Institute of Health from 2004 to 2007 and president from 2007 to 2009. He was vice-rector of research of the UAM since July 2009 to May 2017. He is the author of more than 100 scientific publications in the field of mitochondrial and metabolic diseases, PI of more than 30 projects funded by national and international agencies and supervisor of 20 PhD thesis. 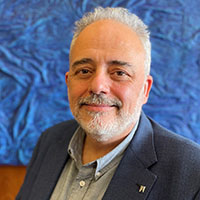 Dr Lafuente is director of the BIO-GLS Technology Centre for the Comprehensive Treatment of Gaseous Emissions, Liquid Effluents and Solid Waste, which forms part of the TECNIO network, and is head of the consolidated research group for the Biological Treatment of Liquid and Gaseous Effluents and the Elimination of Nutrients, Odours and Volatile Organic Compounds (GENOCOV).

Dr Lafuente has been director of the Department of Chemical Engineering (2004-2010) and Vice-Rector of Innovation and Strategic Projects (from 2016 to 2020). He has also been coordinator of the degree in Chemical Engineering and Rector’s Delegate at the Polytechnic University School of the Environment (EUPMA). He has also been a member of the Economy and Organisation and International Relations committees on the UAB Governing Council.

Obtained his B.Sc. in Mathematics with Honors from Universidad Complutense de Madrid and his Ph.D. in Mathematics from Texas A&M University. Postdoc in City University of New York. He has been Associate Professor, both in Universidad Complutense de Madrid and Universidad Carlos III de Madrid, where he is Professor of Statistics and Operations Research since 1996. He has been serving as Vice-President for Graduate Studies and Vice-President for Faculty and Departments in UC3M.

He is its current rector since March 2015. 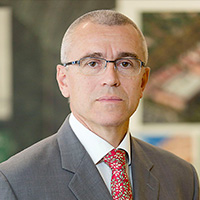 Dr Jaume Casals is a Professor of Philosophy at UPF and its rector since 2013, where he has also been the Chairman of Academic Board of Continuing Education Institute (IDEC) and Executive Vice-President (2009-2013), Vice-Rector for Teaching Staff (2005-2009) and for Postgraduate and Doctoral Studies (2001-2005), as well as Dean of Faculty of Humanities (2000-2001).

Senior fellow of the Institute for Catalan Studies, his main lines of research include the Greek genesis of modern and contemporary thought, philosophy and literature. He has translated and edited works by Montaigne, Montesquieu, Berkeley and Bergson, and is the author of 40 articles and the books La filosofía de Montaigne (The Philosophy of Montaigne); L’experiment d’Aristòtil. Literatura d’una incursió en la metafísica (Aristotle’s Experiment: Literature of an Incursion into Metaphysics); El pou de la paraula. Una història de la saviesa griega (The Well of Words: A History of Greek Wisdom) and El aprendizaje de la muerte en la historia de las ideas (Learning from Death in the History of Ideas).

He was also President of the University Libraries Consortium of Catalonia (CBUC, 2005-2009), joint editor-en-chief of the journal L’Avenç (1999-2000) and contributor and member of the editorial boards of various international scientific series on Renaissance literature and philosophy .